The Way Americans Get News In 2018 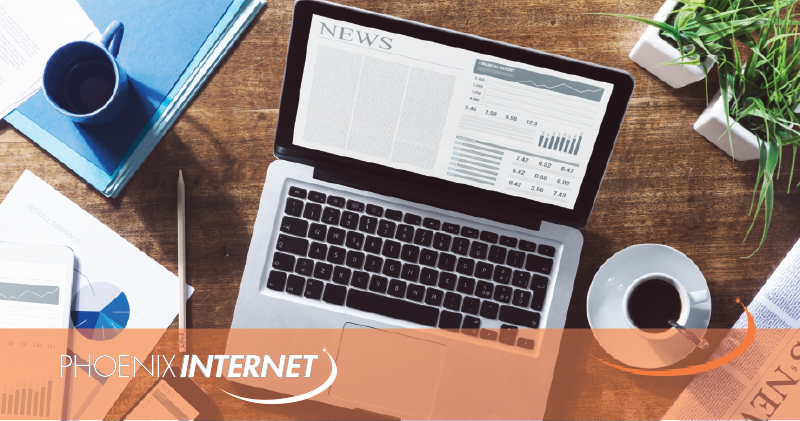 What’s amazing about this research is the narrowing of the gap between television and online sources from 2016 to 2017 in how Americans get their news. In 2016, Americans, some of whom still get their news from multiple sources, consumed news at these respective percentages: television 57%, online 38%, radio 25%, and print 20%. The gap between television and online narrowed by more than half within one year. Who is to say what the percentages will be next year? Will online news dominate television, radio, and print news sources?

Needless to say, these online news statistics prove what we already knew: Americans are increasingly using the internet for news, even if some Americans use other news sources, too.

Who is Using the Internet to Get their News?

Americans from all backgrounds, ages, socio-economic income levels, ethnicities, and gender use the internet for multiple purposes, and one of those purposes is obtaining news. According to the same Pew Research Center data, there is a stark difference in age groups who get their news online. This directly reflects generations who grew up with the internet versus generations who grew up with the television. All the same though, even the older generations still receive some news about the world from online sources. 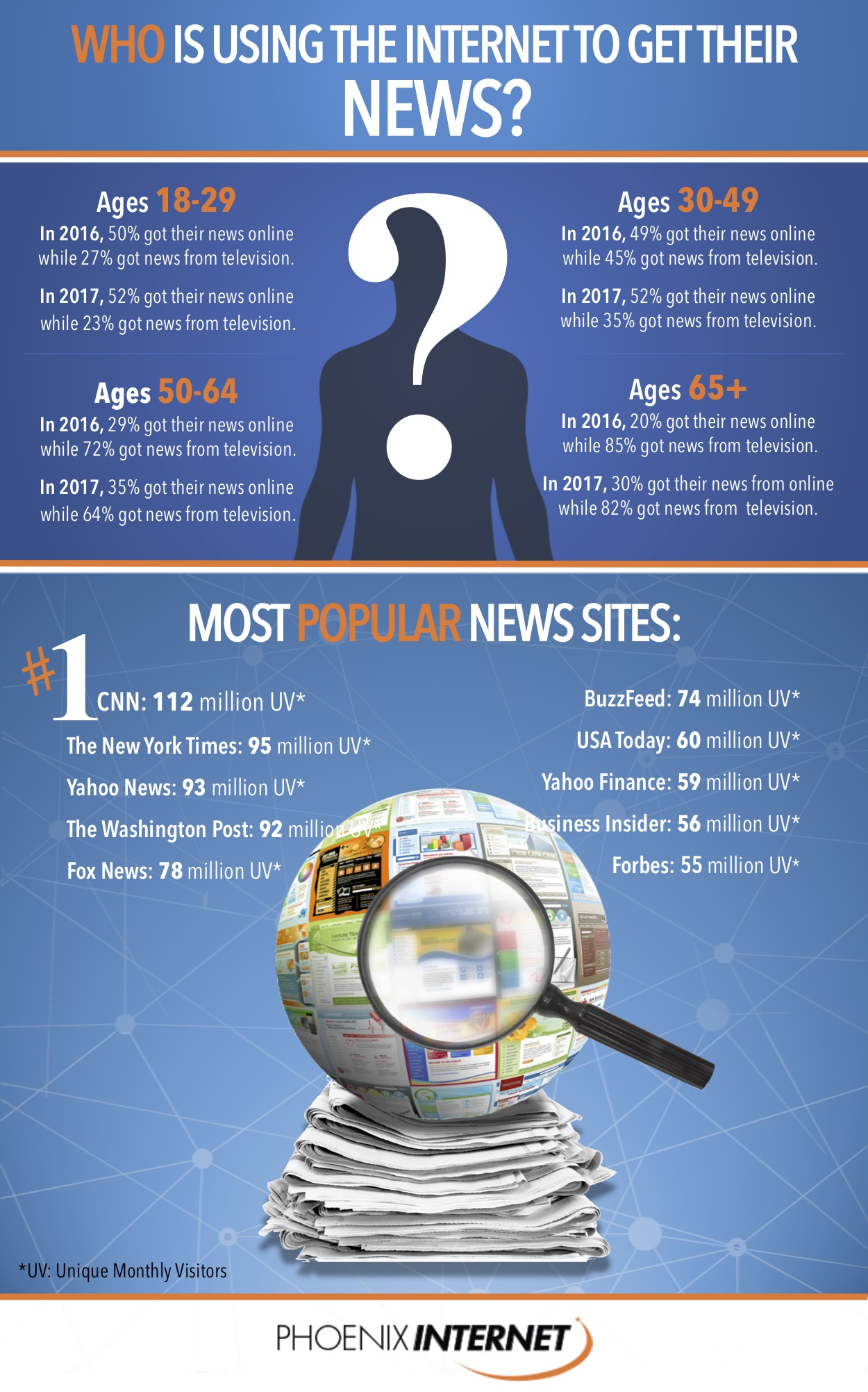 Social Media as a Source for News

The study also pointed out that in 2017 social media news use increased among older, nonwhite, and less educated Americans.

How to Keep Abreast of the Latest News Online?

If you live in the Phoenix region, you no doubt use the internet to source your news. There’s a lot going on today, from local news to international news, and the internet is a great way to keep up-to-date. But when the internet is slow or the quality has decreased due to the end of net neutrality, it can be frustrating. And you don’t need any more frustration in your life.

For your Internet service, contact Phoenix Internet today to learn more about how we are a step above the rest of the competition… and that’s news you can bet on.