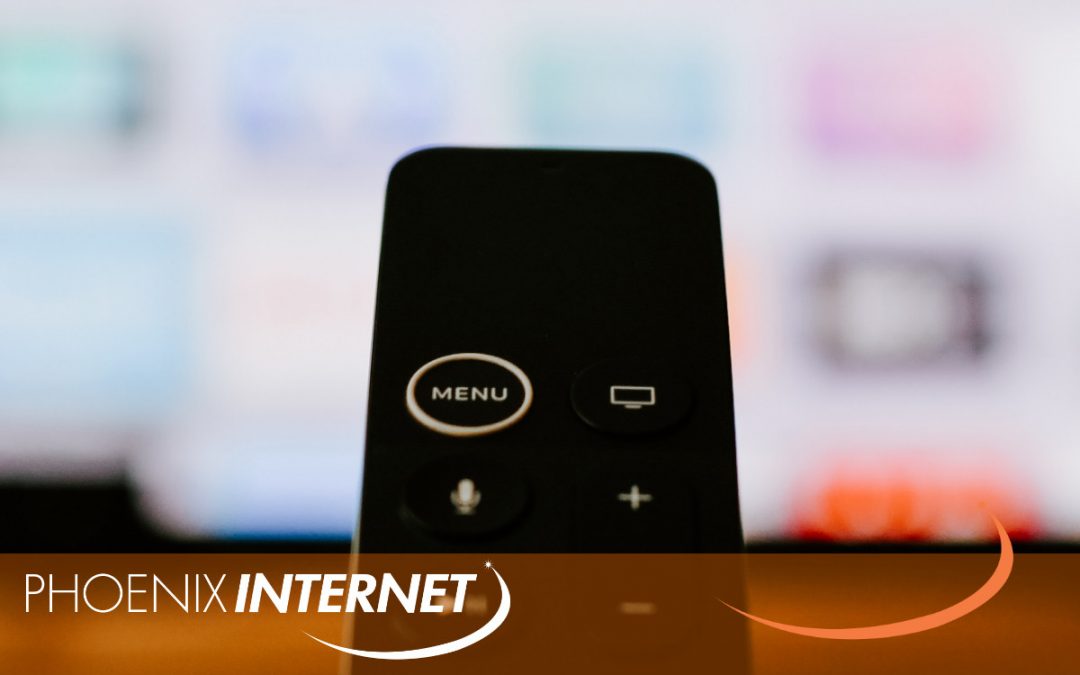 If you thought there were a lot of video streaming services to choose from now, just wait a few months. A huge amount of brand-new streaming services are about to arrive and each one hopes to compete directly with the current streaming champions of Amazon Prime, Netflix, and Hulu. The good news is that no matter how many streaming services you sign up for, or how many devices your household is using to stream your favorite programs, Phoenix Internet has got you covered. Here are the best streaming services in 2020. Get your stream on!

*See logo sources at the bottom of the page

The Disney+ streaming service looks like it will be the new powerhouse in 2020. It has its own huge built-in library of content, and it will be one of the most family-friendly streaming options for households with kids. Disney, of course, owns all of the Marvel Studios comic-book movies, Pixar films, and the “Star Wars” franchise. In addition, Disney+ has secured the rights to most of 20th Century Fox’s family-friendly library. The Disney+ service will debut at $7 a month. And as if that’s not already a huge amount of content, Disney is working on a package deal with Hulu and ESPN+, which would give you access to all three of those streaming channels for $13 a month.

Apple doesn’t have its own line of original content, but it hopes that spending $6 billion on original programs and content from big Hollywood will lure a lot of streaming households in. It’s slated to release new content from JJ Abrams, M. Night Shyamalan and Oprah Winfrey. Priced at just $5 a month, Apple TV+ looks like it will be a fairly strong contender for the best streaming services in 2020. It also plans a streaming games service called Apple Arcade for the same price.

HBO Max looks like another strong streaming entry, which will be available in the spring of 2020. Priced at $15 a month, HBO Max will include the regular HBO television programming, as well as the WarnerBros. library of TV shows and films. When the service launches, it will have exclusive rights to “Friends” and “The Fresh Prince of Bel Air.” And if you’re a fan of the hit sitcom “The Big Bang Theory,” HBO Max will be the only streaming service where you can watch reruns of the program until 2028.

Peacock will be NBC/Universal’s entry into the streaming wars. It’s expected to launch at some point in 2020, with two versions of the service available. One will be free, but will include television commercials. If you want the programming ad-free, it will cost around $12 per month. The service will feature classic NBC programs like “Cheers” and “Parks and Recreation,” as well as movies from Universal Pictures and Dreamworks Animation.

The BBC and Discovery have teamed up and plan to launch an educational, documentary-style streaming service at some point in 2020. The service hasn’t even announced a name yet, but should be priced around $5 a month.

Amazon Prime, Netflix, and Hulu will remain at the top of the streaming food chain in 2020, at least for now. All three streaming services continue to make their own original programming and bring a lineup of licensed products each month. The big question on everyone’s mind is how much their libraries will shrink in the coming years, as so many additional great streaming options come online.

For households with a lot of streaming devices running at once, Phoenix Internet offers one of the best options for lag-free, high-speed internet service in Arizona. We offer a guaranteed 99.999% uptime and no data restrictions — even in rural areas — so call today at 602-234-0917 for high-speed wireless internet for your home or business.